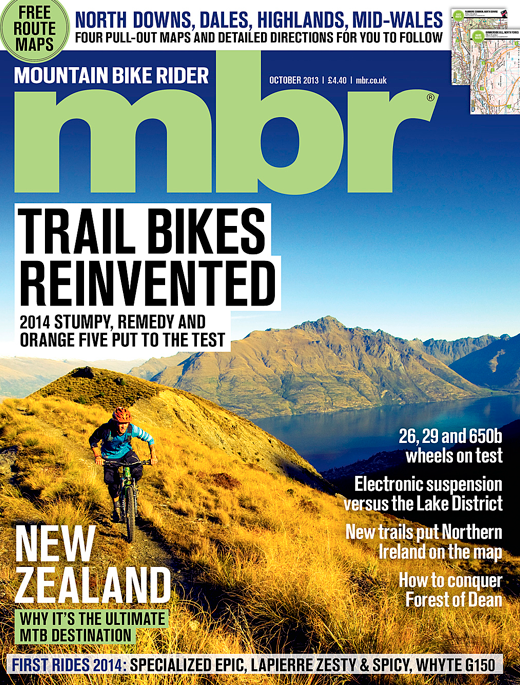 In 2011 2Flat’s photo-whore/scribbling-dribbler Seb Kemp accompanied Jordan Manley and Rob Story on a trip through New Zealand for a Bike Magazine assignment. It was a fantastic opportunity to watch two professionals work up close and to roam through New Zealand’s South Island singletrack.

Two years later and one of the shots from the trip has made it onto the cover of MBR’s October issue. That’s two covers from that one evening playing in the tussock above Queenstown, the first being the cover of Bike Magazine, June 2012.