While out riding a trail freshly released from its snow-devil prison in Whistler, I sustained an injury that would throw my whole year into a flat spin. I was clearing a fallen tree off the trail when the tree fell onto my legs and folded my left foot underneath. I felt my toes touch my shin and the old familiar sting of white pain flashed into every grain of my being. I was pretty lucky really. I had just taken my i-Phone out of my pocket, so at least I didn’t damage it.

The pain was tremendous and I almost screamed [cough cough]. It hurt enough to make me pay attention. Pay attention to it while I was balled up on the ground with my eyes clenched like a new inmates butt-hole and my teeth biting down so hard I could of pressed coal into diamonds between them. I lay on my side as the pain washed over and through me, familiar as we mountain bikers are with such torture, waiting for it to dull enough that I could stand up and get on with it. But it didn’t.

It had being a long time since I had injured myself so I figured I must have gotten soft and the pain couldn’t be that bad at all. I stood up and decided that I walk out of the trail, pop it up on the sofa, slosh a bit of scotch around me that night and I’d wake up with nothing more than a bit of a hangover and the foot would feel as right as rain.

The next morning though I woke up with the pain gone but unable to walk on it. It wasn’t exactly painful to stand on, just that I couldn’t stand on it. My body was either somehow rejecting my command to bear weight on it, or the foot just couldn’t do it and would flop over. I still thought it was a bit of a sprain so attempted to ignore it. Like a girlfriend though, ignoring it did no use and the discomfort got worse and worse.

I have a physiotherapist friend who happened to call about some unrelated matter so I dropped it into the conversation that I had a foot that was not playing ball. They mentioned something about Liz Frank, and at the time I didn’t know what some random lady had to do with my situation. Anyway, he poked me into getting it checked out. Which in the Whistler Medical Clinic means an expensive money up front dissappointment.

After X-rays and prods I was told I had sustained a Lisfranc injury. Lisfrancs was a surgeon and gynecologist in Napoleans army. I have no idea why Napolean needed a gynecologist, but for me it basically meant I had torn all the ligaments attached to my metatarsals, plus dislocated and fractured the bones in the mid-foot.

Now I face a lengthy recovery which sees my winter training and preparation made useless. I made plans this year, something which always seems to make the Dog laugh.

With biking taken away from me I can finally get to experience what a normal life is all about. All my riding buddies, and even me before this accident, would say that what I have ahead is abnormal, but to be honest, at what point has a life devoted to bikes ever being normal? I’ll have so much more time to smell the roses, what with no long weekends away with the boys in search of new singletrack goodness, without the hours spent fixing a delinquent drivetrain in the shed, or scrubbing muck from tire, jacket and car seat covers. And what about the time that is wasted fixing punctures? I calculate that I will have about three and half hours extra to hobble about and take in the view now that I don’t have to put up with that infuriating hiss.

I’ve never had this long off the bike from injury so I don’t know what to expect. What is worrying me the most at the moment is that I don’t care that much. I’ve locked all my bikes in the shed for four or five months and I’m not bothered about them. I’m looking forward to living a life without bikes and trying out some new activities. I’m going to invest in a fishing rod and try meditate myself to angling mastery. I’m going to buy a little 50cc scooter and buzz around the lanes to get my fix of handlebars and wheels this summer. I’m going to volunteer for every damn mountain bike event I can. I’m going to slow down a little and just admire the view from the passenger seat rather than driving the loony bus off a cliff. I’m going to live vicariously through my friends trail tales and I’m going to listen to them good because they are my lifeline to that world.

More than anything though, it reminded me that the best feeling in the world isn’t riding a sweet bit of singletrack with my friends on a warm summers evening. The best thing in the world be getting this damn cast off. I want to scratch my feet, stretch my toes, skip to the toilet, and not feel the insane pain I do right now. The simpliest of things is all I want. This would be the best feeling. I thought I’d do anything to ride sweet singletrack with my buds, but I’ll tell you what, it’s nothing compared to what I would do to be healthy right now. 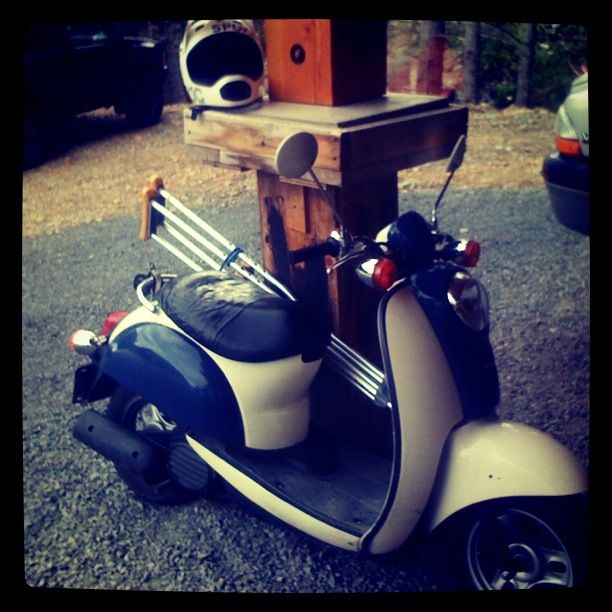 One thought on “Liz Frank is a bitch”