The third installment of Hey Neighbour dropped this week. In this episode our guide for some North Shore history was Sterling Lorence, one of mountain biking’s most respected photographers. Enjoy the video and words which accompanied it. For the full piece, including Sterling’s incredible shots, go to NSMB.com.

Hey Neighbour #3: Sterling Lorence’s One Roll Thunder Storm
Sterling Lorence or the North Shore – which came first? The trails and riding were products of the environment, as was Sterling. But without someone unique on hand to document the essence of what was happening in these mountains, perhaps a different image of the Shore would have emerged.

Sterling Lorence grew up on the North Shore. He lived here, he was schooled here, he played here, and when mountain bikes came into his life, he rode here. Sterling was a good rider with race results and a list of conquered trails to prove it. However, it was his ability to to capture the fundamental spirit of the North Shore that set him apart.

We tracked Sterling down one snowy February morning. We wanted to understand more about how the North Shore went from underground movement to world famous circus, and what role Sterling played in the process. The morning turned into most of the day as we trundled around Cypress while Sterling passionately illuminated us on so many topics about the Shore. The knowledge, history and commentary that Sterling imparted on us that day could fill a book.

The course we walked that day wasn’t just symbolic for being a quintessential North Shore line, but rather retracing a pivotal day in Sterling’s career and life. A 36 exposure roll of 400 ASA Kodak Tri-X black and white film (pushed to 1600) shot on Pre-Reaper and Reaper gave Sterling his first keepers; images that served up his spectral vision of riding the Shore and the launch pad to becoming a professional photographer. Then on the next roll, taken a few days later, Sterl captured the Reaper log ride shot of Eric Vandrimmelen that became the Bike Magazine Photo Annual cover, as a gatefold spread. For a photographer this is like winning the Olympics and the lottery at the same time.

He had been shooting for a little while already, so this one roll wasn’t just beginner’s luck, but still, it is an extraordinary achievement. Sterl’s lifelong friends Eric Vandrimmelen and Scott Grieve shared the same passion for riding and helped him experiment in those early days; “They are the two riders that gave me lots of chances to evolve my photography with them as subjects and they were the two on that first roll of B&W that I was trying to shoot ‘keepers’ on. I had explored with some test rolls prior to this to discover which stocks handles the Shore darkness best, and then this was the first roll that I was targeting specific moves and places on the Pre-Reaper and Reaper trails.”

With the North Shore suddenly in vogue (not just because of Sterl’s shots) everyone wanted a part of what the North Shore was putting down. The black and white images of riders doing unthinkable maneuvers in a backdrop of shrouded mystery amongst the pillars of a great forest were unlike anything anyone had ever seen. They were alien and evocative.

It was Joel Smith, then working at Answer Manitou, that gave Sterling his first paid commission job in 1998. Manitou was releasing the Millennium fork and they wanted an advert with the fork being ridden on the Shore. The images coming from Vancouver’s mountainous backdrop were mesmerizing to an audience used to seeing blue skies and dusty trails. More so, what was happening on the Shore was manufacturing a whole new market.

People thirsted for the style and look of the Shore. Even beyond mountain biking circles, big companies like Oakley want billboard images from these trails that might appear on a highway in Southern California. People continue to be spellbound by the drama of North Shore riding.

What made the North Shore famous wasn’t the names of the riders, or even the riding, but rather the trails. These daunting lines through the forest forced our sport to evolve. Trail builders letting their imagination run wild in the wet, gnarled, steep, and cluttered mountainsides meant riding here was no walk in the park.

Sterling remembers clearly what Pre-Reap and Reaper meant to him as a rider before he picked up a camera, “I was, on numerous occasions, left mentally exhausted by one of Dangerous Dan’s trails. I remember being relieved and stoked when I finished Pre-Reaper, so much so that some days I would do just that one trail and be done for the day. I wouldn’t need to keep riding so I’d peel out and ride down the road. It was so technically challenging that it required so much concentration and was just so scary.”

Sterling believes what was happening back then in the North Shore movement was akin to a Dog Town style and creativity which was fueled by “fun, danger, and not the media because there was no precedence. We weren’t influenced by anything but nature and the possibilities we imagined.” 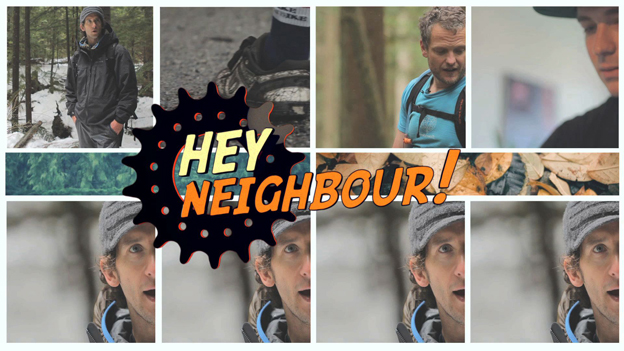