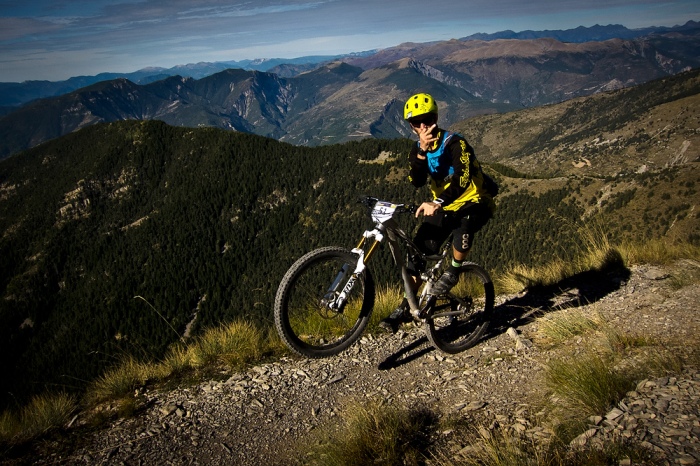 I’ve been away in France recently covering The Definitive All-Mountain Bike Race, the Mavic Trans-Provence.

350km, seven days, 10,000m ascending, 15,000 descending, 26 special stages. These are the stats that count but which don’t capture all the colour and character of the event.

The above shot is by Sven Martin and was taken on day six after a 15km, 700m climb while I tried to fight off an energy robbing and bowel bleeding stomach bug. When Sven asked me to give it all I had and go as fast as I could for the camera, this was all I could muster.