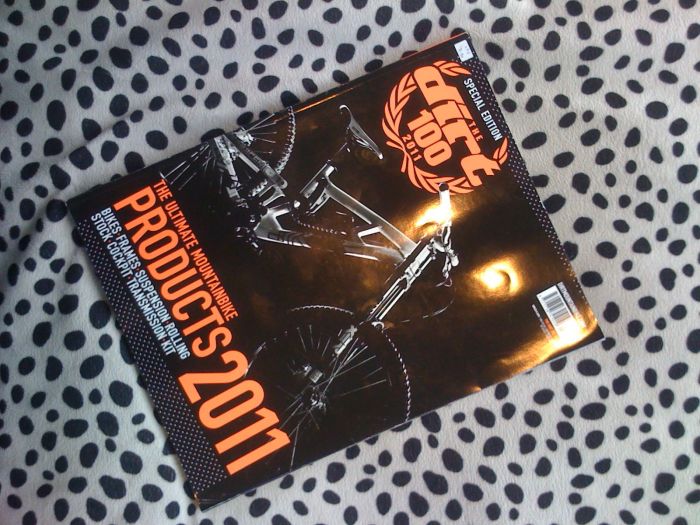 DIRT MAGAZINE are in their second (or is it third?) incarnation of the “100” issue. The Dirt 100 is a beautiful magazine layout of 100 products that Dirt think deserve special attention. It is full of stunning product photographs that give the whole issue a very sexy style to it. Seriously, go check it out if you want to see what is sexy about a bunch of inanimate objects. I was honored when Ed Haythornwaite (Dirt’s Technical Editor) asked me to write something for this years. He just said I could write anything I wanted as long as it had something to do with products. Well, I’m not a hugely technical person, and I didn’t think I was an obvious choice to write anything. So I figured I would just stick to the same recipe I’ve been cooking with for my monthly column in Dirt – Whistler Diaries. I can’t believe I STILL get to write a no holds barred thousand words each issue of Dirt. I never thought it would ever last. Damn it, I was relying on it not to last. I wanted to burn some bridges as a incendiary voice that no one had ever heard of, then disappear back to nowhere. 43 issues later I’m still writing Whistler Diaries, which is amazing really. I absolutely love the freedom that Dirt allow its contributors to speak out. But moving on…

Anyway, I figured for Dirt 100 that I could push some buttons and say something I’ve wanted to say for a while. I will include the words below if the Wild West Wonderland has destroyed any sort of attention span you had previously But if you need to have the single serving McDonalds version, then basically in this piece I advised people to not buy any of the product in the issue. Instead I said what everyone knows and won’t admit; that products don’t make you a better rider, learning to ride a bike makes you a better rider. So before people go out and drop more money on products they should spend that money on a coach instead. Without exception EVERY SINGLE MOUNTAIN BIKER can benefit from a little bit of coaching. So instead of buying that new shiny piece of bling that you have been told is going to make you a better rider/lover/person, spend that money on some hours with a quality professional coach. It will make you safer, better, and probably have more fun. 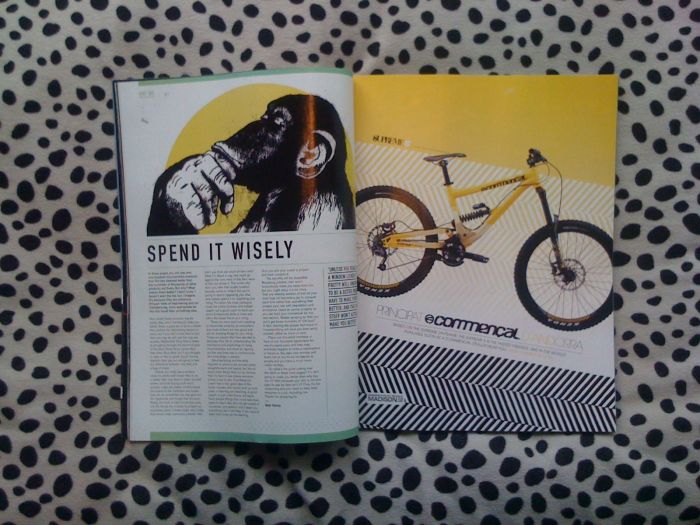 Anyway, here is the piece I titled ‘Coaching, Not Consuming’.

In these pages you will see over one hundred mountain bicycling products that Dirt has deemed better than the hundreds of thousands of other products available to buy out there. But why? What makes them better? I don’t know, I haven’t seen the list, but I imagine it’s because they are somehow, through feats of engineering and not marketeering, more appropriate for the end result than something else.

Now whilst these products may be better, they won’t necessarily make you better. Sure, a set of tires is better than another for maintaining traction on turns, but if you don’t know how to turn then you may as well use the crap set anyway. Maybe that shiny bike is better at ploughing through the technical gnar of the Mont Saint Anne course than that other shiny bike, but if you struggle to take on the toughest South Downs descent then you are not going to feel the difference between one bike and a bag of chips.

Unless you really are a window licker it’s pretty well know that to be a better rider you have to make yourself better, and that buying stuff won’t actually make you better. Unfortunately the sirens of the marketeers are louder than all, so sometimes we may give into the hyperbole and forget that we suck. Really the truth is it is we that suck, not the things we choose to project our suckiness upon.

If there really was a better bike that would make someone a better rider, don’t you think we would all have one?

What I’m about to say next might go against the core value of this here issue of Dirt, but screw it. This winter why don’t you take that couple hundred pounds, euros or dollars that you going to spend upgrading your bike, and spend it on upgrading your riding. Put down the Evans catalogue, close the Chain Reaction browser, and instead search out a good coach to teach you some fundamental skills or hone and refine the beast that is your riding.

There are more and more coaching professionals popping up everywhere, and most of them are very good and will do amazing things for your riding. These are people that have decided to dedicate their life to understanding the mechanics and psychology of riding mountain bicycles, and more so, figuring out the very best way to communicate this knowledge to people.

Mountain cycling and the skills required to advance are actually pretty straight forward and logical, but like some things they are so obvious that it’s hard to see unless someone points it out to you. A professional coach has a very good idea of the faults, causes, and results built up from years of learning and teaching. A good coach, in just a few hours, will teach most people things that could take them years to learn. But lets not  get ahead of ourselves, one session won’t teach you everything, but it will help. If you want to learn then keep up the learning. Give you and your coach a project and work towards it.

The benefits will be incredible. Becoming a better rider won’t miraculously make you have more fun, but you might enjoy it a bit more. That one sketchy section of trail on your local loop will become a joy to conquer each time rather than something that smears your ride with trepidation and annoyance. Learn to corner properly so you can hold your momentum for the next section. Master jumping so that you don’t get those moments of “Oh fuck!”. In fact, learning the proper technique of mountain cycling will save you from axing yourself, either so much or ever.

Place one thousand monkeys in front of one thousand typewriters for one thousand years and they may eventually happen to write a masterpiece of literature. But take one monkey and teach him to not throw his feces at people and you have a much more useful monkey.

So what’s the point lusting over this stuff on these here pages? If it isn’t going to make you better then why buy into it? Well because your shit is old and past it’s use by date isn’t it. It’s better to have fun consuming than it is to have fun on trail. And you need to help keep everyone in a job. Including me. Thanks for shopping by.

What do you think? Am I wildly off the mark? You may be seeing more hyperbole from me regarding coaching soon enough…spring time.

3 thoughts on “DIRT ONE HUNDRED”